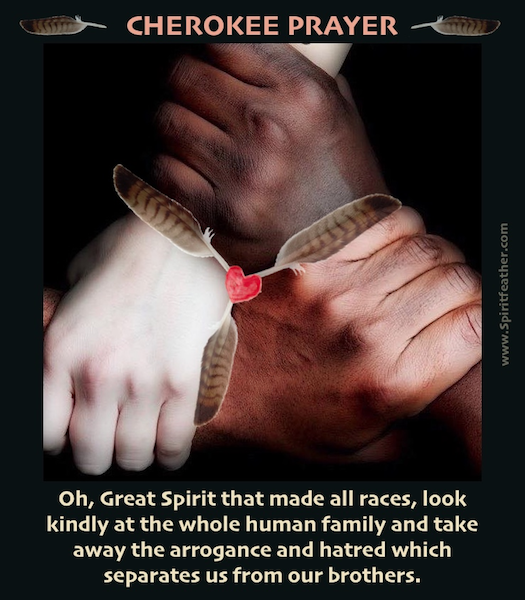 Cherokee prayer, unity of races, all one people
Read More 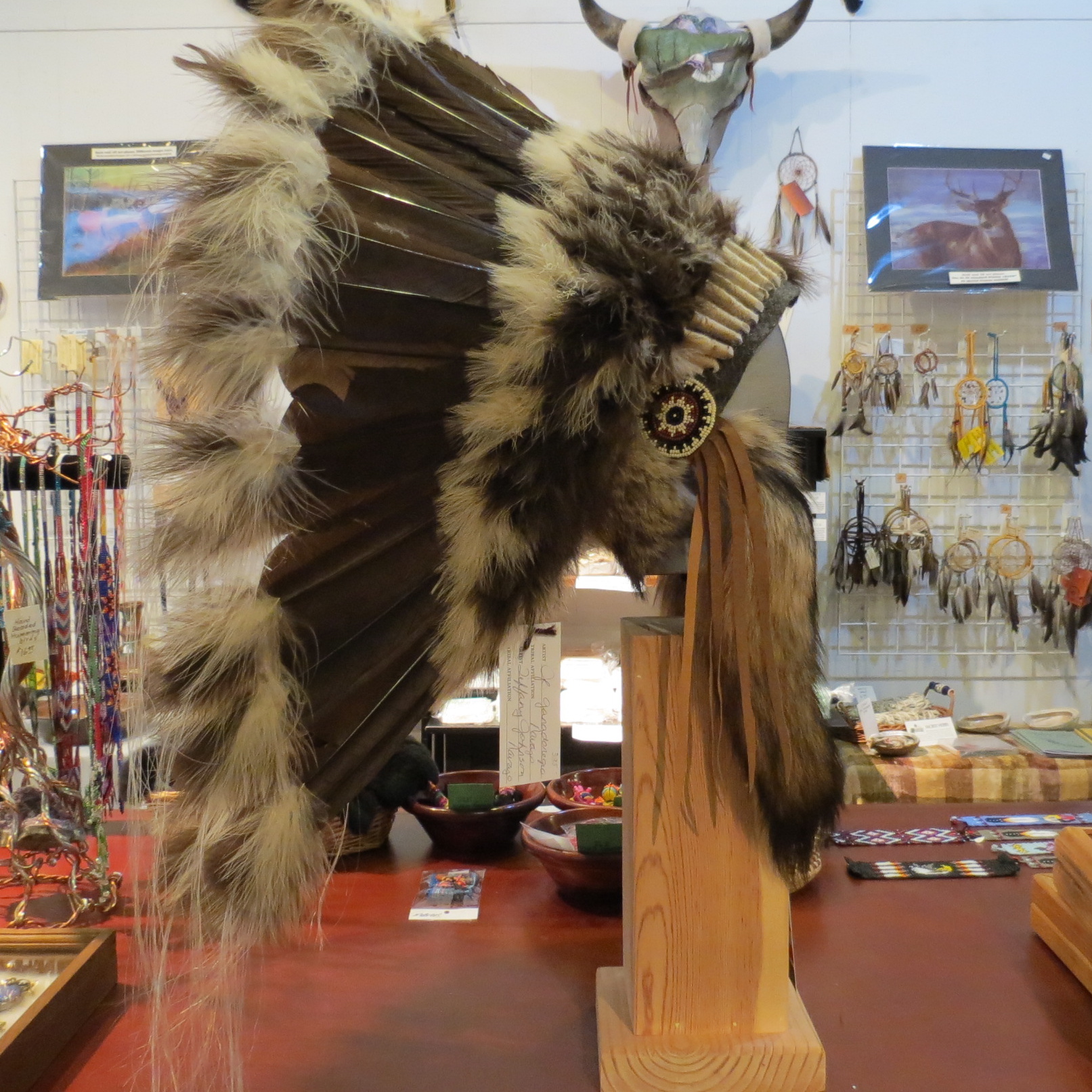 War bonnet (or headdress) is a feathered headgear traditionally worn by male leaders of the American Plains Indians Nations who have earned a place of great respect in their tribe. Originally sometimes worn into battle, but now primarily used for ceremonial occasions. Now seen as a great spiritual and political importance, only to be worn by those who have earned the right and honour through formal recognition by their people.
Read More 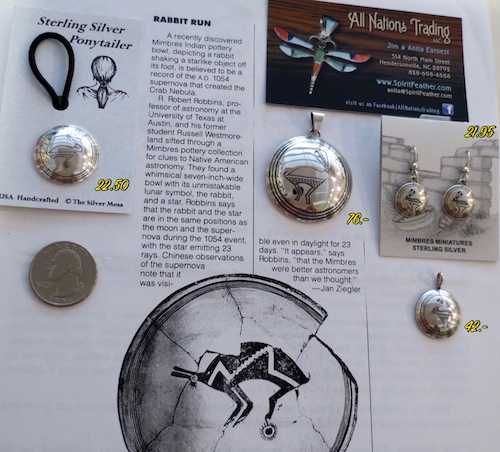