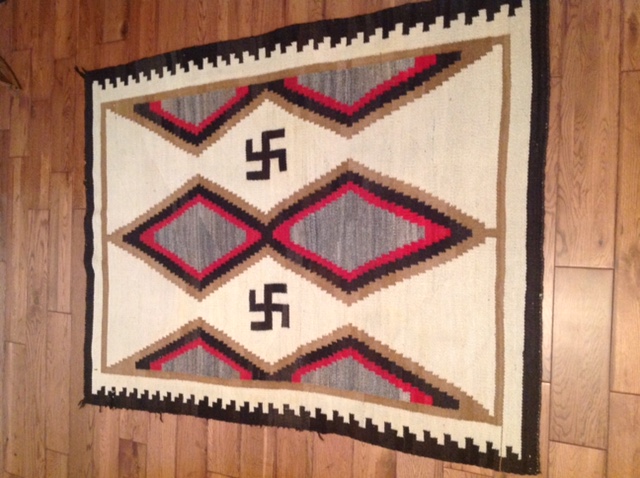 A swastika in Navajo designs - What's that all about? There are many recognizable symbols in Navajo designs, but one is a big surprise when you first see it: a swastika. Actually it's named "Whirling log" and if you looks closer, it's a an altered swastika – it goes backwards. The symbol was commonly used in the Navajo rug design, prior to the 1930’s also seen in sand paintings and silver jewelry. A symbol do disliked and a hard symbol to see. It is important to remember that the swastika, which comes from the Sanskrit for “well-being,” was formerly seen as an entirely positive symbol. It was associated with the four directions or the four winds and symbol of motion. Of course, after World War II, Navajo weavers discontinued using the whirling log pattern.
Previous Post
Next Post
Quick View